Heads Up: In development...

First, I really think Heads Up: Hold'em is the front-runner in the Casino category of the "Best App Ever" awards. If you haven't already voted for us, PLEASE DO!
http://bestappever.com/v/csgm/307290392
We are hard at work on Version 3 of the game which (I think) is going to impress people. The biggest new feature is 2-player games on different iPhones using Bluetooth! I can't wait for people to see that. I've only played an early prototype so far, but it's going to kick ass.

We also have some fun new single-player options--specifically more of a 'career mode' where you can build (or lose) a virtual bankroll by playing matches against the computer players. The game will have 12 computer players grouped by "Home game," "Local Casino," and "Las Vegas." Here are some screen shots:

(These pictures are from the current in-development build. And may change between now and the final release...) 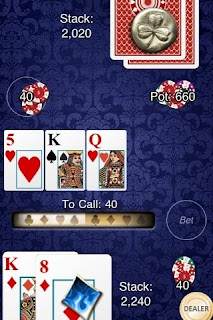 LAS VEGAS games play against the hardest players on a more luxurious table. (Although betting 40 into a 660 pot might not be the best example of 'hardest players.') 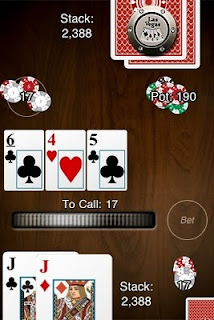 "Home Games" are played for low stakes on the kitchen table against the weaker AI players. 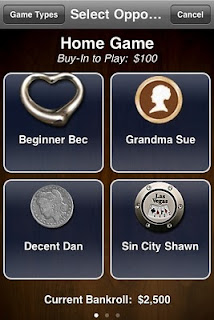 A much improved player selector lets you change your opponent every game without needing to go into the settings page.

We also have over 35 awards and card protectors that can be unlocked, used in the game, and posted to Facebook. Here are a few: 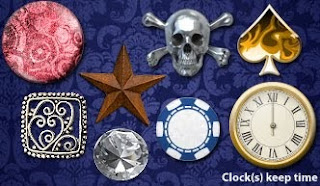 I will try to get a video showing a wireless game as soon as possible. I can't wait for more people to see & play this!
Posted by Unknown at 4:02 PM No comments:

Vote for Heads Up: Hold'em 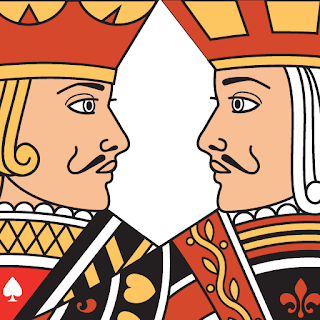 Vote for Heads Up: Hold'em for best iPhone Casino game! Vote now! You don't need an iPhone or to play poker, just vote. I want to WIN!!!