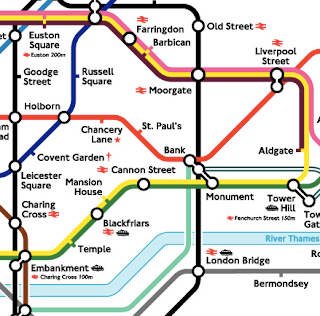 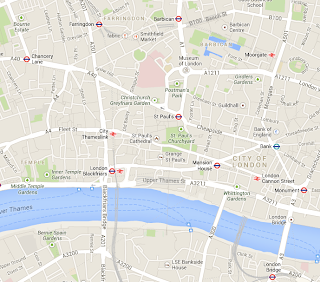 Posted by Unknown at 2:52 AM No comments:

The best way to exchange money is to wait until you get to the UK and then withdraw pounds from your home bank account using an ATM.  There will probably be a transaction fee, so it is better to withdraw £300 all at once than to withdraw £100 on 3 separate occasions.  Bank fees will vary, so if you have multiple accounts, it may be worth checking the fees ahead of time.

Credit cards can vary substantially in terms of exchange rate and foreign transaction fee.  Capital One is known for having no international fees and usually offers the best $ to £ rate of any credit card.

If you want to make sure you are getting the best deal, the "Wallet Dilemma" app can tell you the exact cost in dollars for various credit card international purchases.  It can pay for itself in a single purchase.

The difference between credit cards cards can easily be $5 dollars per £100 pounds spent. Worse if the £100 is a bunch of small purchases. This can add up quickly.

Once you've converted your local money to pounds, you'll notice that everything in London has one of only two prices.

Some of the very best things London has to offer are available for free.  Such as The British Museum, The National Gallery, V&A Museum, Natural History Museum, Science Museum, The Wallace Collection, and The Museum of London.
Everything else will cost you!


If you are visiting friends who live in the UK, don't bring a big pile of dollars (your local currency) and expect your friends to trade you for it--unless your friends have a trip to your country planned for the immediate future and they've said they're cool doing that.

Similarly if those friends have pre-purchased things for you--such as theatre or sports tickets--pay them back in pounds, not dollars.

There are two exceptions to this free/expensive rule.
The first is Mobile Phone Service.  If you have an unlocked GSM mobile phone that you can bring on your trip, you can stop in any phone shop and pick up a Pay as you Go SIM card for £10 that will have enough minutes and data to get you through your visit.  The mobile phone companies here are Vodafone, O2, 3, and EE (formerly Orange & TMobile).  For tourist purposes, they're all the same and all will have a £10 sim card.

The second exception is Gaby's Deli. Great price for a great lunch. There are lots of choices for vegetarians, or salt beef for the carnivores. But you really should get the falafel sandwich every time.

How to Get Here Now That You've Gotten Here.
Since you will probably be an exhausted zombie after your flight, it's best to plot your exact route to your hotel (etc.) ahead of time.  Write it down ahead of time.  The less you have to think at the airport, the better for you.


On the plane, you will be given a landing card for passport control that will ask what address you will be staying at.  So make sure you have that written down, too. If you are traveling around the whole of the UK, it's ok just to put the address of the first hotel.

Heathrow Airport:
A taxi from Heathrow to central London will cost you £60-£100 depending on where you are going and the traffic along the way.

The Heathrow Express train is overpriced and won't really save you much time unless your hotel is walking distance from Paddington Station.  And even then, it's probably ok to take a non-express train to Paddington which will be cheaper.

The Underground from Heathrow will take about an hour to get where you are going (less if you are staying at Earl's Court, more if you're staying in an outlying neighbourhood) and is 'inexpensive' compared to other transit from the airport.


Although it is cheaper than other methods of transit, the Underground still isn't cheap compared to the Metro in other cities.  Deal with it.  Welcome to London.

Buy an Oyster card!
Let me repeat that: BUY AN OYSTER CARD!
Unlike most travel cards in other cities (looking at you, Seattle!) Oyster cards give you a discount every time you ride the underground or a bus or a train--it isn't just a debit card for travel.  Get a card at the airport, use it! Each person in your group/family needs an individual card, you can't just buy one and share it (like you can do in Barcelona).


Oyster Travel Pass vs. Pay as you Go.  If you are staying in London for a full week (7 days or longer) and plan to travel by Underground or Train every one of those days, then buying a travel pass may save you money.  If that is not the case (day trips out of town, rest days, doing the hop-on-hop-off tour bus one day, staying less than 7 days) then Pay as you go is probably going to be cheaper.  It will automatically cap itself at the 1-day travel card rate each day, which is approximately 4 rides.

If you are visiting friends who live in London, do not ask them to meet you at the airport. If they WANT to meet you at the airport, they'll make the offer. Even if you've never used a subway/underground before, don't be intimidated--it really is quite easy.  By the time your friend gets out to the airport (one hour or more) waits for you to get through customs (another hour or more) then rides back to their home with you so you can dump your luggage before sightseeing (yet another hour or more) you've pretty much wasted half their day.  At most, ask them to meet you at the station near their house.  And, if at all possible, call them from the airport (once you're past customs) and say you're on the way.   Everyone who lives in London knows how long it takes to get from the airport to their station.  And can time it so you each will arrive there within 10-15 minutes of each other.

Gatwick Airport:
A taxi from Gatwick will cost even more than one from Heathrow.

I've never used the Gatwick Express to Victoria Station, but I'll assume that it is also overpriced.  There are lots of other (cheaper) trains to Clapham Junction, Victoria, or London Bridge which will get you there pretty fast.
NOTE: Gatwick is outside the Oyster zone, so you will need to buy a regular ticket from Gatwick to wherever you are going. The same will be true on the return trip if you leave from Gatwick.


It's fine to skip the ticket machines and go to the person in the ticket window and tell them where you want to go.  You're an exhausted zombie! Even if you were in a normal mental state, the ticket person would still know more about how the trains work than you do. Let them help you.


City Airport:
You clearly know what you're doing and don't need my advice.

Luton or Stanstead Airports:
You're on your own...you poor unfortunate fool!  Now you'll find out why that flight was so inexpensive.
Posted by Unknown at 1:16 AM No comments:

An Expat's Guide to Visiting London

(Dec. 2013)
Alice and I are about to move to Singapore after living in London for nearly three years.

Over that time, we've hosted lots of friends.  Seen lots of sights.  Been to lots of great restaurants and pubs.  And dealt with a lot of jet lag.

We assembled a 1-page list of London highlights and would send it to people before they arrived.  The list was too much for anyone to see on a typical visit, but hopefully could help them prioritize based on their interests.

I'm going to expand that list on this blog series and also give some info for my friends visiting London in the future.  And anyone else who cares to listen to me.

But my first piece of advice is:


If you're unsure of something, ask someone who lives here.

My second, and possibly most important advice of all is:


If someone who lives here gives you advice, follow it.

And stand on the right hand side of the escalator! 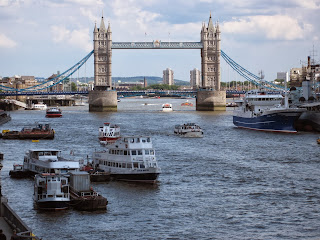 Posted by Unknown at 1:15 AM No comments: