It arrived!
The glorious TankStick! And it is even more wonderful than I had imagined...

Bask in its glory for a minute:
(Click the picture to see it full-size.) 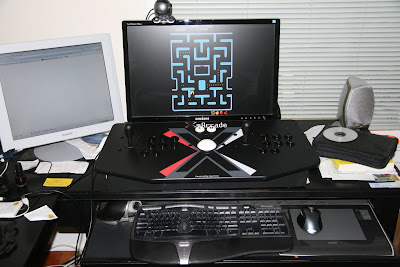 (Did you click the picture to see it full-size? You haven't basked in its glory until you've done that!)

However, this presents me with a problem. Several problems, in fact:
The pretty-good news is that all the above problems can be solved at very reasonable prices at Re-PC. Or I just revert to my idea of using my current desktop (reverted to XP or older OS or Linux) as the base machine for the arcade system when I upgrade to a better one. (Soon, I hope!)

But I digress... Remember how I mentioned that the laptop screen was too small? This one seems about right. But I can't build it into a cabinet. Hmmm, what to do... 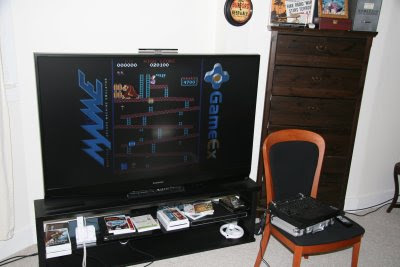 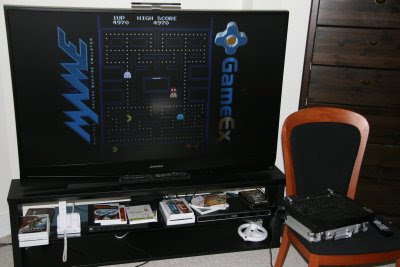 What to do? Have some fun while I decide what to do!
Posted by Unknown at 11:53 AM