These pictures are not in order. But I'm on vacation, so this is close enough..

Big Ben and the houses of Parliament. View from the London Eye. Our personal Egg. 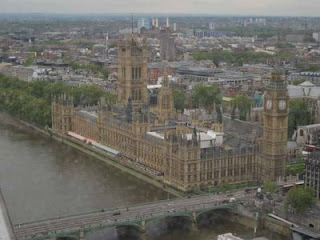 Us in our personal egg. Did I mention we got a personal egg. That's unusual, apparently. Normally they cram 30 people in these things. But we got it all to ourselves. 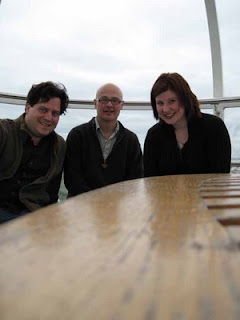 Me and my hill. This is near St. Paul's. We stopped in to St. Paul's but the gallery and crypt was close, so we are going back either tomorrow. 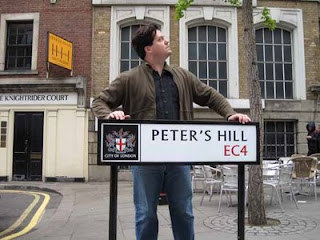 Alice wearing St. Paul's as a hat. This is on the Millennium Bridge. 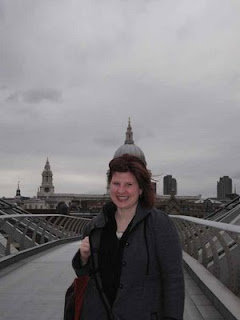 Cool walkway balconies. This is in the newly-gentrified Southwark (pronounced suthuk if you know what you're saying and South-whark if you don't.) 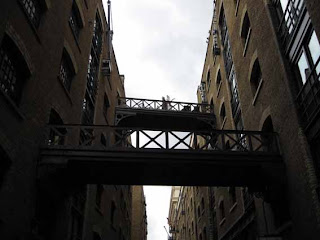 The Tower Bridge. (NOT London Bridge). We walked across Tower Bridge to Southwark.
(did you pronounce it right?) 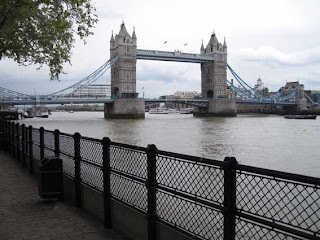 In the Tower of London. 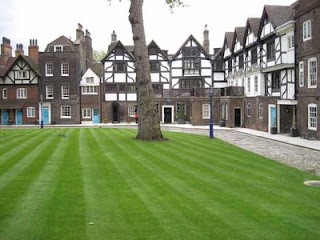 Henry VIII thought well of himself. At one of the exhibits, I overheard a young kid say (strong British accent here) "Look, 'e 'had an enormous cock." Why yes, yes he did. 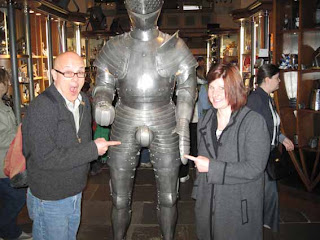 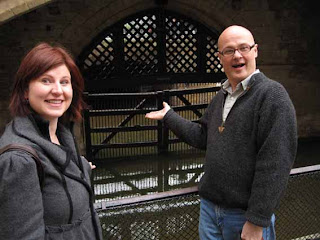 Tower Bridge from Tower of London. Those old-timey Brits liked their towers. 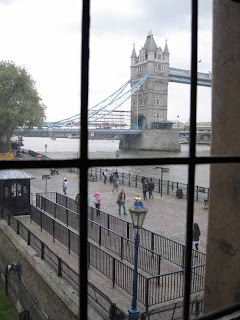 Me in a guard house. 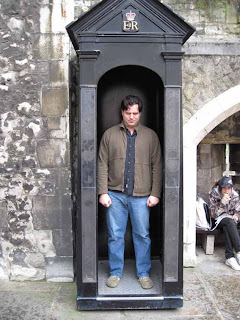 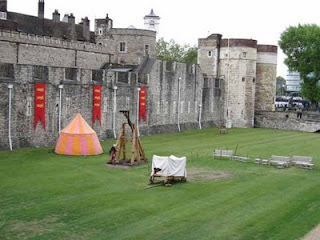 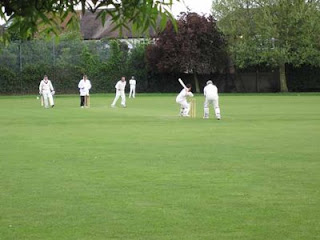 John Innes park in Wimbledon. We took a long walk through the park to fight jet lag on the first day. 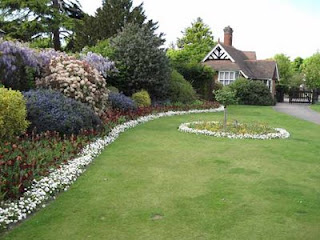 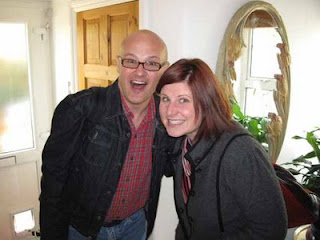 More pictures soon.
As I'm typing this, I'm enjoying a gin & tonic at John & Dahn's house. We're watching trashy British Tele, which far surpasses trashy American TV. We'll likely pop off to a pub for a pint (and dinner) soon.
Yesterday, the plane landed at about 10:30 am, and Alice and I set a goal to stay awake until 9:00pm. We succeeded with only a few minor dozes-off between. Which did a great job of kicking the jet lag, but then we slept for about 12 hours (9 to 9) and then we set out for all the central-London sightseeing shown above.
More soon.